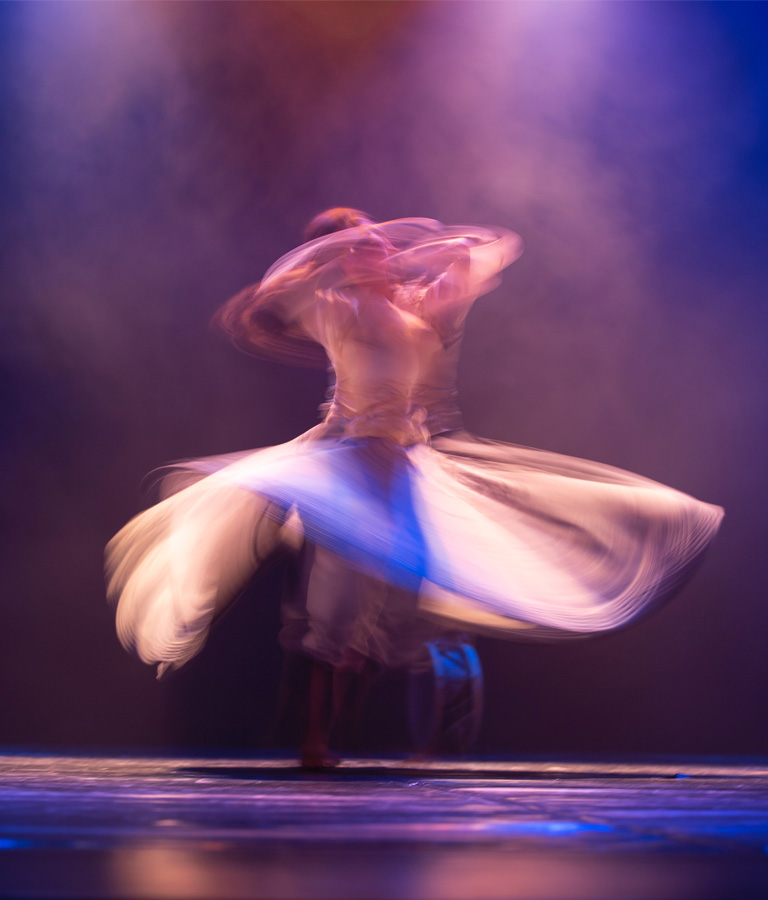 Ten cultures that use dance as an intermediary with God

Dance is not only physical but also spiritual expression.

Dancing is like opening a window and discovering a new world, it is a form of connection and listening to oneself and the universe.

God in the purest form is reflected through artistic expression. Bodies become tools, communicating the nakedness of our souls projecting the power of our spiritual self. This is why dance is present in mythology and religion all over the world.

Dance is used as a link to the divine by many cultures:

– Dance has certainly been an important part of ceremonies, rituals, celebrations and entertainment since before the birth of the first human civilizations. Archeology offers dance traces from prehistoric times, dating back as far as 10 000 years ago. Such as in the cave paintings in the rock shelters of Bhimbetka which depict the powerful vitality of primitive dances. Once possessed by the spirit, primitive man can cure his ills, receive power and courage for war, get a good hunt or a good harvest.

– In ancient Greece the dance was called Choreia which derives from “chara”, “joy.” Often in the figurative works of Crete appear the dances in a circle around the lyre player and the sacred dances in pairs, but the choral dance is the most important manifestation of the ecstasy and liberation of the ego.

– In the liturgical-ritual texts and in the Christians of the first congregations, there are references to the ecstatic dance that were practiced to bring the religious to the completeness of their own spiritual experience. In the Middle Ages, ritual dance was gradually prohibited by Christianity.

– For Hindus, the entire Universe is brought into existence as a manifestation of the dance of the Supreme Dancer, Nataraja.

– Kagura, literally “divine entertainment”, is a specific type of Shinto ritual ceremonial dance originally used as a form of divination. The shaman who performs the dance obtains the oracle from the god, thus transforming the dancer herself into a god during the performance.

– Seungmu is a Korean dance performed by Buddhist monks. It is one of the most famous Korean traditional dances which are used as a form of worship and prayer.

– Dance has long been used by Jews as a means of expressing joy in the eyes of God and plays an important role in religious observance. Traditional dances such as Ashkenazi and Sephardi are also associated with important events such as weddings or ritual celebrations.

– Hula is a Polynesian dance form accompanied by chants. There are various legends surrounding the origins of the hula all of which are of divine form. According to a Hawaiian legend, the hula was born when the god of life Kane and other gods used chants and movements to create spells during the creation of the earth, man and woman.

– In Islam the whirling Dervishes are particular figures belonging to the Sufi brotherhood, who pursue mystical union with God through a particular form of dance, in which they whirl around on themselves until they reach a state of trance.

Man not only praises God through the maximum manifestation of unity of soul and body but comes close to him because the purpose of the dance is to undertake a path of asceticism to reach a complete immersion of the individual ego in the universal substance, transfiguring and thus entering into a relationship with the superhuman.

To develop valid qualities and perform artistic works, every activity must start from the self. Thus we know that the creation of the artistic gesture implies governing myriads of interior changes. Recognizing the three higher elements is essential to free one’s creativity.

Do you want to know how more and undertake a personal growth path for dancers?

Do you have any questions?

Our support team is at your complete disposal: